In our time, more people live outside their country of origin than in any other time of the history. World-wide immigration figures are difficult to verify, but it has been estimated that about 3% of the global population -200 million people- are immigrants.
When individuals who developed in one cultural context try to rebuild their lives in a different one, there is always a psychological impact. Ambiguity, lack of certainty and unpredictability are to a certain degree experienced by anyone entering a new culture; even the most prepared ones. Anyone who attempts to live and work in a strange culture can expect to experience culture shock. Culture shock, a term introduced by Kalevo for the first time in 1960 refers to the depression and anxiety experienced by many people when they travel or move to a new social and cultural setting: 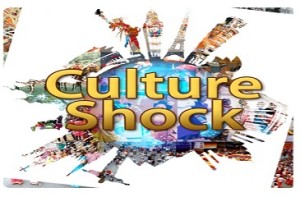 “Culture shock is precipitated by the anxiety that results from losing all our familiar signs and symbols of social interactions. These signs or cues include the thousand and one way in which we orient ourselves to the situations of daily life: when to shake hands and what to say when we meet people, when and how to give tips, how to make purchases, when to accept and when to refuse invitations, when to take statements seriously and when not.
Now these cues which may be words, gestures, facial expressions, customs or norms are acquired by all of us in the course of growing up (…) When an individual enters a strange culture, all of most of these familiar cues are removed. He or she is like fish out of the water.(Kalevo Oberg, 1960)”

To minimise the effect of culture shock it is important to acknowledge the existence of it, and to know and pay attention to the symptoms. Some of the typical symptoms of culture shock are:

Such stress reactions cannot be avoided when people leave their familiar environment and are exposed to a foreign one, but over time individuals will acquire understanding and coping skills appropriate to the new culture, regaining confidence and an increased sense of well-being. Having recovered from the negative stress of culture shock the person can relax defences and participate within the new culture.

How long this process will last is not fully predictable because how people react to moving internationally and how well they will adjust during resettlement varies from person to person. However, when living and working in a new country becomes overwhelming, finding the right support is vital to the expatriate and his or her family.
It is important to stress the fact that not all professionals are capable to understand the uniqueness of the experience and of the psychological issues that expatriate have, and their needs. The experience of living in a foreign country, without the support of an established network of friends and family, can have a strong impact on the person’s ability to deal with the challenges of life and with life events (e.g. marriage, parenthood, divorce, children leaving home…).