Cultural competencies research is critical to the field of human resources management (HRM). In a world of economic globalization, Multinational Companies (MNC’s), M&A, joint ventures, and migration of specialized work forces, people are required to work collaboratively and in synergy in cross-cultural settings. Cross-cultural experience and global interdependence have become a reality of life. 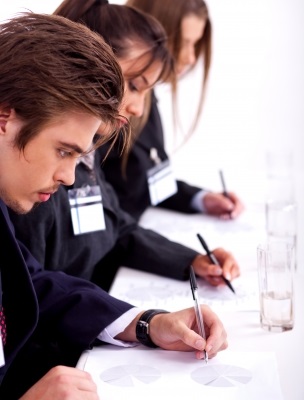 Furthermore, developments in technology and communication allow geographically dispersed individuals to interact and work together, saving companies time, money and coordination efforts. All these situations require cross-cultural interactions on an individual, team, organizational and national level. The demands for employee cultural adjustment are therefore ever increasing.

In light of the above, it is clear that a critical factor in HRM that can make or break an organization’s standing in the market is its high quality human talent that can operate in multiple cultural settings and deliver results in terms of service, innovation and competitiveness. Knowing what factors affect employees ‘adaptation to new cultural environments and which kind of psychological profiles employees ideally should possess, ensures that the right people are placed in the right locations.

In times of financial crisis and growing globalization, it becomes more and more challenging for firms to stay competitive in the market and businesses actively seek out the best location to base their headquarters and companies. For example, many US multinational companies consider having their headquarters Europe. The Netherlands takes second place, right behind Switzerland, in terms of the number of head offices of internationally operating companies located in its cities, as reported in an Ernst & Young study published in 2005. The new world players in recent decades mainly originate from Asia and the list of the 500 largest companies in the world increasingly includes businesses from India and China (Boston Consultancy Group Report, 2011).

Moreover, the recent financial crisis across Europe and in the world drives professionals in countries with high unemployment rates to seek better career prospects and brighter futures in countries where the effects of the economic downturn is less profound and where unemployment rates are still fairly low. Since the European Union fell into a steep recession in the 2nd half of 2008, migration has once again emerged as hot topic in Europe. The EU under the European Community’s Treaty of Free Movement of Workers, has the largest internal (intra-regional) migrant workforce in the world, after the United States (Eurostat, 2008). The Netherlands is one of the most attractive countries for international professionals, mainly due to low unemployment rates and the presence of many multinational companies. However, according to an HSBC bank survey, the Netherlands ranked in the bottom half of the Expat Experience league table (24th out of 31 countries). The report argues that expats in the Netherlands find it difficult both to settle down in their new country and to integrate.

According to Longman Dictionary of Contemporary English (1998), an expatriate refers to “a person who is living or working in a foreign country”. Culture shock is a common term used to describe the confusing and nervous feelings a person can experience after leaving their familiar environment in order to live in a new and different culture. It can trigger symptoms, such as anxiety, depression, headaches, fatigue and other symptoms (Macionis, and Gerber 2010). Cross-Cultural adjustment, on the other hand, is defined as the degree of psychological comfort an expatriate has with the various aspects of a host culture (Black & Stephens, 1989; Gregersen & Black, 1990) and typically has been conceptualized as involving two main domains: work adjustment which specifically focuses on the adjustment to the work place and general adjustment, which refers to interacting with host nationals and the new environment in general (Black, Mendenhall and Oddou’s,1991; Hechanova, Beehr, & Christiansen, 2003; Bhaskar-Shrinivas, Harrison, Shaffer, & Luk, 2005).

An important aspect of cross-cultural adjustment is that not everyone experiences the same difficulties in terms of adjustment when moving to another country. Some individuals seem to adapt more easily than others. Research shows that individual differences may explain why some expats adjust more easily and perform better in international assignments than others (E.g., see Caligiuri, 2000). Traditionally, the Big Five Personality traits (Costa & McCrae, 1992) have been considered as reliable predictors of adjustment (Caligiuri, 2000b; Ward et al., 2004; Shaffer et al, 2006).Yet, more recently a new construct known as cultural intelligence (CQ), has been proposed as predictor of cross-cultural adjustment (Ang et al., 2007; Early, 2002, Early & Ang, 2003). CQ can be defined as “a person’s ability to adapt to new cultural contexts” (Earley & Ang, 2003, p.26). Furthermore, some argue that cultural factors such as cultural distance are related to expatriate adjustment as well. Cultural distance refers to the extent of cultural difference between two countries on various cultural values (Hofstede 2001). Although, research findings are somehow contradictory, the majority of studies show that the larger the cultural distance between host country and expat’s own culture, the bigger the challenges to adjust to the new country are (Ward & Kennedy, 1992, pp.175-194).

A variety of studies have examined the effects of cross-cultural adaptation on individual outcomes such as performance and health and organizational outcomes, like the early return of employees sent on expat assignments. For example, it seems that expats who fail to adjust to the new country, tend to have poorer job performance and experience more health problems (Kraimer, Wayne & Jaworski, 2001; Harrison, Gregeren, Black & Ferzandi, 2006). This is also confirmed by the stress literature. Cohen, (1980) argued that difficulties in adjusting to the new environment may influence work performance by creating cognitive fatigue, thereby reducing the amount of energy and effort an individual exerts toward successful implementation of work. There is an argument to be made that expats are at greater risk of developing “psychological problems” and related work disability bringing considerable costs for the government, organizations and society as whole. A new study, conducted jointly by the Chesnut Global Partners (CGP) and the Truman Group (Truman, Sharar, and Pompe, 2012), reveals that expatriates face a higher overall risk for mental health problems, including anxiety, depression, stress and substance abuse disorders. More broadly, the study found that more than 50% of the expatriates in the study were at risk of internalizing problems such as anxiety and depression at a rate 2.5 times more than their U.S. based counterparts. So far, most research on cross-cultural adjustment has focused on expats assignments mainly in Asian countries. Considering the Dutch context in terms of the number of multinationals based in Holland and the high number of expats living and working in the Netherlands (latest estimate 637,100 foreign citizens – 3.9% of total population- Eurostat, news release 129/2010). The increase in work related disability with a diagnosis of “psychological problems” and the economic consequences associated with poor cross-cultural adjustment; it is relevant to investigate the factors affecting cross cultural adjustment of internationals living and working in the Netherlands and how it relates to performance and health.

Given these results, there are several implications for organizations and individuals living and working abroad or considering international assignments. Multinational organizations, recruitment companies and assessment centres can consider the use of selection methods that include testing for personality traits, cultural intelligence level and cultural distance in relation to host country culture when selecting candidates for international jobs or assignments. In addition to selection, another implication is the need for cross-cultural training as an HR intervention to improve the likelihood of expatriate cross-cultural adjustment and consequently better individual performance and health. Multinational companies could identify those expatriate candidates suitable for the job or assignment and then offer them cross-cultural training and/or coaching to enhance their cultural intelligence. Past studies have indicated that each of the Big Five personality dimensions relate to international assignment success in different ways and should be used in the selection systems for different reasons (Caligiuri, Tarique, & Jacobs, 2009). The significant relationship between personality, cross-cultural adjustment and health, may indicate that expats are at greater risk of developing “psychological problems” at work due to poor adjustment to host country.

In conclusion, this study aims to contribute to our understanding of factors that influence expats cross-cultural adjustment and how it relates to individual performance and health. In a globalized economy and the need for employees’ continued international mobility, performance and health are big concerns for organizations. Personality, cross-cultural adjustment, individual health and performance are closely linked and companies could use this knowledge to put in place support strategies that will enhance employees adjustment, health and consequently improve performance. A healthy mind works!!!!!

Black, J.S., & Stephens, G.K. (1989). The influence of the spouse on American expatriate adjustment and intent to stay in Pacific Rim overseas assignments. Journal of Management, 15, 529-544.

Caligiuri, P.M. (2000b). Selecting expatriates for personality characteristics: A moderating effect of personality on the relationship between host national contact and cross-cultural adjustment. Management International review, 40(1), 61-80.

Caligiuri, P.M., (2000a). The Big Five personality characteristics as predictors of expatriate’s desire to terminate the assignment and supervisor-rated performance. Personnel Psychology, 53, 67-88.

Cohen, S. (1980). After effects of stress on human performance and social behaviour: a review of research and theory. Psychological Bulletin, 88, 82-108.

Dalton, M., & Wilson, M. (2000).The relationship of the five-factor model personality to job performance for a group of Middle Eastern expatriate managers. Journal of Cross-Cultural Psychology, 31, 250-258.