It doesn’t feel very nice to forget a loved one’s birthday, and be chided by them for it, does it? Or to forget key points of a conversation while recalling it at a later date? 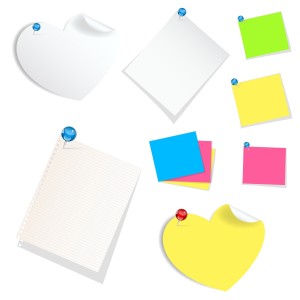 These are scenarios that we have all faced at some or the other times, as normal memory lapses become a part of our grown-up lives.

Our brain cells are the strongest, and memory the sharpest during childhood. After the age of 25, the Hippocampus (the portion of brain responsible for memory) loses 5% of nerve cells every 10 years!

Often people mistake serious memory disorders like Alzheimer’s and Dementia for normal memory losses, and do nothing about it until it’s very late. Conversely, we might also get unnecessarily worried, and assume everyday memory lapses to be some sort of a disorder.

Certain incidents of memory lapses are age related, and happen to everyone,while certain others might have treatable underlying conditions, such as depression, lack of vitamin B12, stress, inadequate sleep etc.

What, then, is the distinction between forgetfulness that requires medical attention and the one that doesn’t? Following points might help to differentiate the two-

Normal forgetfulness-
1. When you are talking and you suddenly stop for want of a word that is on the tip of your tongue but you just can’t remember it.
2. Transient memory, which means you are not able to remember what you ate or did a week back or a month back. This is also called the “use it or lose it “feature of memory. When you return from a dinner at a restaurant, and recall the evening the very next day, it will come back to you more easily than when you recall it a week later.
3. Reduction in the ability to multi-task with growing age.
4. Misplacing things once in a while or forgetting routes to less frequently-visited places- which actually happens due to lack of attention.
5. Forgetting names of people you’ve just met.
6. Remembering part of an event correctly while misplacing part of the details, like you may remember something your friend told you, but might forget where and when she said it to you.

When you need to take forgetfulness seriously-
1. Forgetting everyday routes( like the way to home from office), names of people you meet every day, ways to perform everyday tasks like fixing the bulb, shopping or cooking. These might be symptoms of Alzheimer’s disease.
2. When your memory interferes in your daily activities.
3. Having trouble holding conversations because you keep forgetting what to say, or what word to use.
4. Losing track of time, like the time of the day or forgetting what year it is, are symptoms of Dementia.
5. Losing belongings regularly because of having misplaced them at unusual places.
6. Having trouble thinking clearly and recalling recent memories most of the time.

Proper rest and nutrition will fix most of the normal forgetfulness, but if you see the serious signs, it would be wise to consult the specialist.