To those of us who are familiar with TV’s Sheldon Cooper from “The Big Bang Theory”, his quirks-The way he is so finicky about germs that he cannot sit in a bus at a place where someone else has sat before him, and the way he has to chant Penny’s name exactly thrice before she must open the door- seem very funny. These give him a unique but peculiar personality of a successful though obsessed physicist. 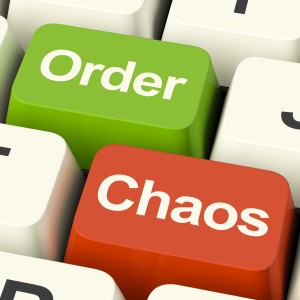 What Sheldon exhibits is a case of OCD though not all scientists have it! Millions of people the world over suffer from OCD, including around 1% of U.S. and 1.2% of UK population.

Obsessive Compulsive Disorder or OCD, as it is commonly called, is medically diagnosed through a common thought and behavioural pattern among patients. Making it a ritual to re-check the door locks before turning in for the night does not point towards OCD, but if you keep on bolting and unbolting to check, and yet feel anxious about it, you might want to see a mental health practitioner.

Symptoms
1. Repetitive hand washing is one of the most common and most recognizable symptoms of OCD. Normally, we would wash our hands as per need, check the lights and gas before leaving house, but we would not dwell repeatedly over such trivial issues.

2. Obsessing over persistent unwanted thoughts to the extent that it begins to hamper normal thought processes points to OCD. Thoughts of being harmed, dwelling obsessively over relationship issues, avoiding certain places due to unwarranted etc. arise out of a fear of harming self or others unintentionally.

3. Undue obsession with cleanliness is one of the sure shot signs for recognising OCD. Such individuals spend hours cleaning and get excessively distressed over matters such as keeping things in an exact order and checking on it repeatedly.

4. Shoplifting (though you can easily afford the item) or hoarding things, not being able to give away unnecessary items from home and office.

5. Obsessively fixating over your looks or a certain part of your body.

6. Repeating words to one’s self in the mind even after a conversation is over.

7. Playing some feared scenario and its results over and over in the mind. (Also thinking of ways to prevent a possible harm that might be caused by you.)

8. Counting out of context, for example taking a certain number of steps to reach a place repetitively.

9. Fussing over the exactness of appearance and order.

10. Asking friends and family for repeated assurances about you appearance, house, or behaviour at an event.

The obsessive thoughts lead to compulsive repetitive behaviour, after which the individual might feel relief for some time, before the cycle begins all over again.

Though these quirks might appear funny to some, but when the behaviour hampers daily activities and starts taking more than an hour of your time daily, a specialist must be considered.